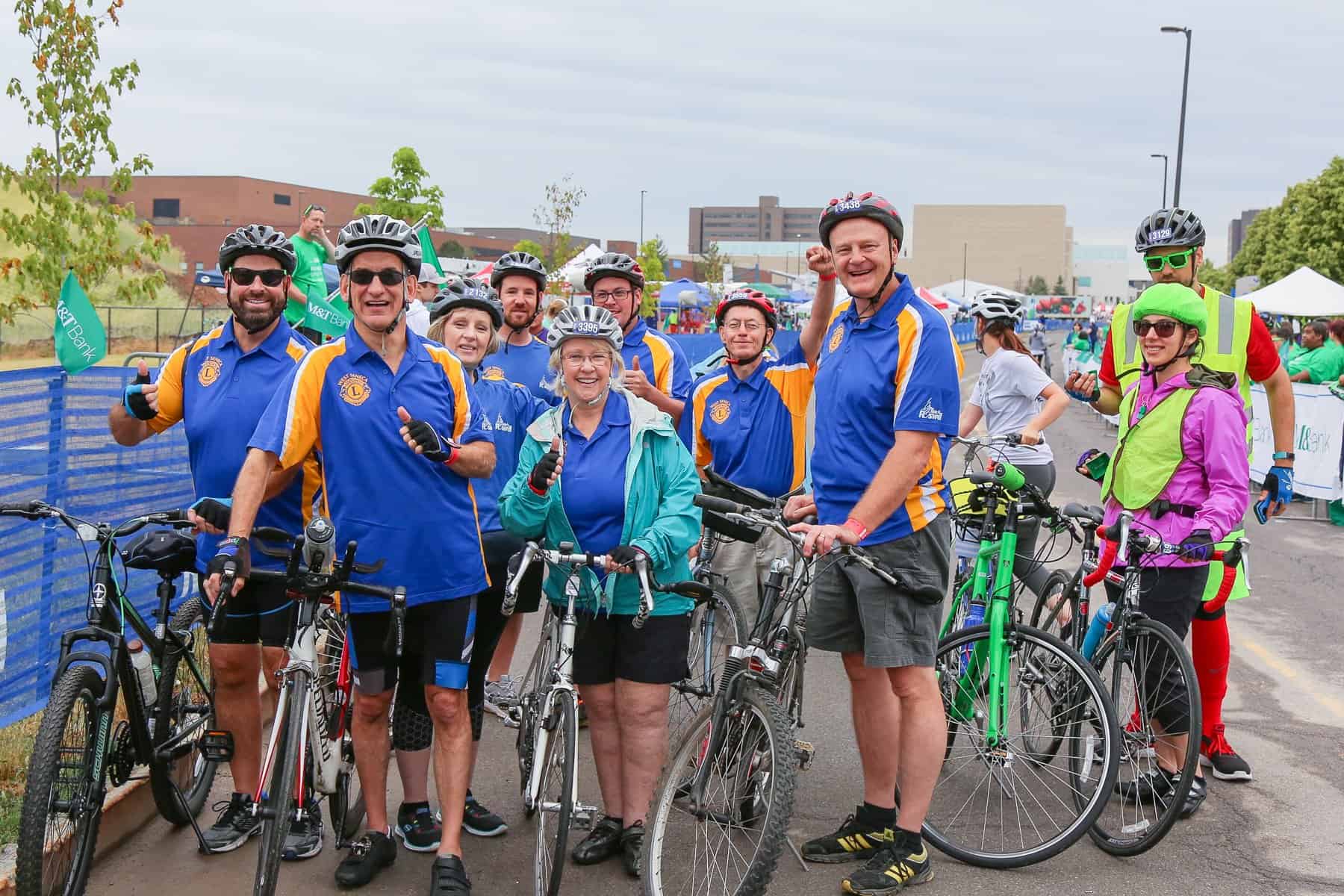 The First Ride for Roswell

This blog post was written by Mitch Flynn, Founder of the Ride for Roswell, in conjunction with the February volunteer newsletter.

Every year of the Ride has had a moment, person or image that captured the feeling of the day for me. On June 29, 1996, that was an 11-year-old kid named Katy DiGirolamo.

About two weeks before that first Ride in 1996, someone at Roswell told me she’d heard about a pediatric patient who was raising a lot of money. All I knew about her was her name, Katy Di-Gi-something, and that she was riding the 9-mile route. All six or so of us on the Steering Committee” (it wasn’t called anything back then – we just showed up and ate pizza and guessed at what we needed to do) were still in the mode of “ya’ think anybody’s gonna’ show up for this thing?” So, hearing that a Roswell patient was not only riding but also raising money gave us a little buzz. It felt like lottery advertising: “Hey, you never know.”

I rode the 33-mile route that year and took my camera. Back then, the routes converged on Audubon, so I detoured through Walton Woods hoping to get a glimpse of this fabulous little fundraiser. It was already late in the morning and I only saw a few other bikers on this last stretch of the route, so I was afraid I’d missed her. But when I exited back out on to Audubon, I caught sight of a very big guy in a sweat-soaked T-shirt riding behind a very skinny little girl in an impossible-to-miss, red-white-and-blue sequined outfit (her mother had made it for her especially for The Ride). She was riding a tricycle and her bike basket was covered with cutout paper hearts, which were covered with the names of her supporters. This kid had style.

“Are you the DiGirolamos?” I asked. I think they were a bit surprised to have a “serious biker” come out of nowhere and know who they were.

I asked if they minded if I took some pictures of them coming into Baird Point.

So I shot the last mile or so of their ride, watching in amazement as this big guy rode up behind his bald and tiny daughter, extended his leg, and launched her trike forward. She actually said “wheeee” each time and was clearly having a ball while her dad was soldiering on. He must have pushed her that way for most of the 9 miles – an act of blood, sweat, and tears.

Katy’s mom, Beth, was anxiously waiting on Frontier just before the turn on to St. Rita’s, a little American flag in her hand, which matched her daughter’s outfit. Seeing her there was like sounding the bell lap – before I knew it, the two of them were around the corner and picking up speed before veering off across the lawn towards the registration / lunch tent. Jim got off his bike and just about collapsed on to the grass – give that man a massage! (I’m not 100% sure but I think we may have had a single very busy masseuse at Baird Point that year.)

Afterwards, I took more photographs of Katy meeting former Sabre Rob Ray and Channel 4’s Jacquie Walker (one of that year’s honorary chairs) and being presented with a Sabers jersey as The Ride’s top fundraiser. She was our first Extra Mile Club member before there was even an Extra Mile Club! If you look at the images closely, you’ll see more than a few people dabbing at the corners of their eyes. One of those heart-in-your throat moments I know we all experience on the last Saturday in June.

Fast forward a few weeks later, I went out to their home in Angola with a tape recorder and the pictures from Ride Day. We looked at the shots together and I asked them if they remembered how they felt at the time. When the picture of Katy being honored for her fundraising came up, Jim said, “Never will there be a prouder moment in my life than that.”

What came out of that chance encounter, those pictures and that visit was a slide show (some of you may remember those, many will not) that got converted to a video and shown at All Star Night that year – first proof that The Ride was for real. (If you’re interested, you can watch it on YouTube here.

-Mitch Flynn, Founder of the Ride

All Ride for Roswell scheduled events until May 1 are postponed. For the latest COVID-19 updates from Roswell Park click here.