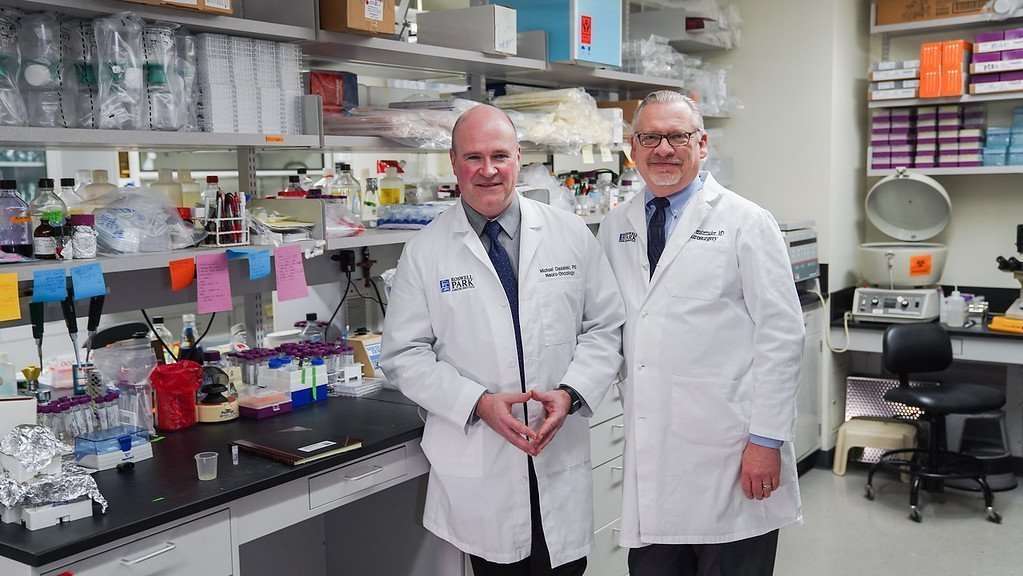 “If it weren’t for SurVaxM, I never would have met three of my four grandchildren.”

In June 2016, John woke up in the middle of the night in convulsions from a seizure. After EMTs rushed the 66-year-old husband, father and grandfather to a Syracuse hospital, doctors discovered a tumor in his brain. He had glioblastoma, a brain cancer that has poor prognosis and few treatment options. Average life expectancy is 15 months after diagnosis.

Luckily for John, something critical was happening just a few hours west at Roswell Park, thanks to support from donors like you. The SurVaxM vaccine had begun its phase 2 clinical trial for newly diagnosed patients. After surgery to remove as much of the tumor as possible, he found out he qualified for the trial. His son and family lived in Buffalo, so each trip meant he got to spend time with them. And he desperately wanted more time.

That was three and a half years ago. Now, in early 2020, John just got back from a trip to Aruba with his wife. He exercises four times a week and will be visiting his grandchildren again soon.

John credits the donor-funded SurVaxM trial with every precious minute of this extra time.

Now many more glioblastoma patients around the world will have the same chance John did.

An agreement between MimiVax LLC and Chinese healthcare group Shanghai Fosun Pharmaceutical (Group) Co., Ltd., will enable further development of SurVaxM for patients in the U.S. and China. MimiVax is a Roswell Park spinoff founded in 2012 by Robert Fenstermaker, MD, Chair of the Department of Neurosurgery and Director of the Neuro-Oncology Program at Roswell Park, and Michael Ciesielski, PhD, Department of Neurosurgery, to develop SurVaxM and other immunotherapies. It is developing SurVaxM based on technology originally developed through donations and licensed from Roswell Park.

SurVaxM is a vaccine that kills cancer cells by targeting a protein called survivin, which is prevalent in the cells of glioblastoma and many other cancers as well. “SurVaxM puts cancer cells in a Catch-22,” says Dr. Fenstermaker. “After vaccination, the immune system kills tumor cells that express survivin. If the tumor cells turn survivin off to escape the vaccine, they stop growing and become more susceptible to chemotherapy.” The vaccine is given to clinical trial participants in conjunction with standard chemotherapy.

Shanghai Fosun Pharmaceutical (Group) Co., Ltd., and MimiVax will pursue clinical development of SurVaxM for patients in the U.S. and select territories in China. Initial support from Fosun will enable and partially fund the upcoming pivotal clinical trials in both the U.S. and China.

Based upon positive results from initial phase 1 and phase 2 studies, the team expects to advance to a large, multicenter randomized phase 2 trial in the coming year. The previous phase 2 study of 63 patients with newly diagnosed glioblastoma has demonstrated significantly longer survival time for patients treated with SurVaxM, with 93.5% alive a year after diagnosis, compared with expected 65% survival based on historical studies. John was part of that phase 2 study.

Donor support has been critical in SurVaxM’s development and progress from the very beginning. “We’re so grateful for the community’s generous and enthusiastic support of this work,” says Dr. Fenstermaker. “The initial laboratory investigations that paved the way to where we are now would not have been possible without donor support.”

Hope for other cancers 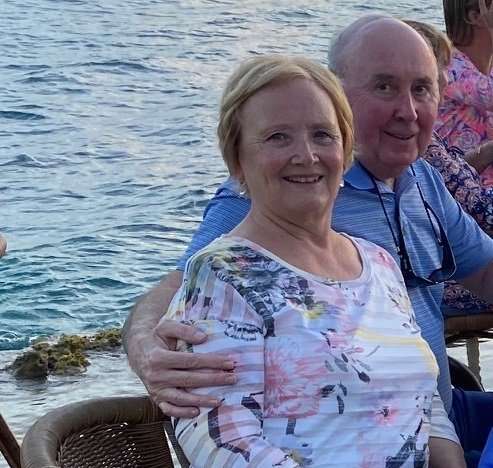 Because of the success of the early phase studies, additional clinical trials of SurVaxM for multiple myeloma and neuroendocrine tumors are underway at Roswell Park. A pediatric and high grade glioma trial is also under development. Because survivin is present in other cancers as well, there may be more opportunities for treatment.

Patients like John have continued hope for more time thanks to generous giving to Roswell Park.

“Since I’ve been on SurVaxM, I’ve had three new grandchildren, and there’s another boy on the way,” John says. “I hope it will help extend others’ lives or cure them. So far it’s extended mine probably more than two years over what it would have been if I hadn’t come to Roswell.”

PrevPreviousRide By The Numbers
NextTo Our Ride Community – Thank YouNext