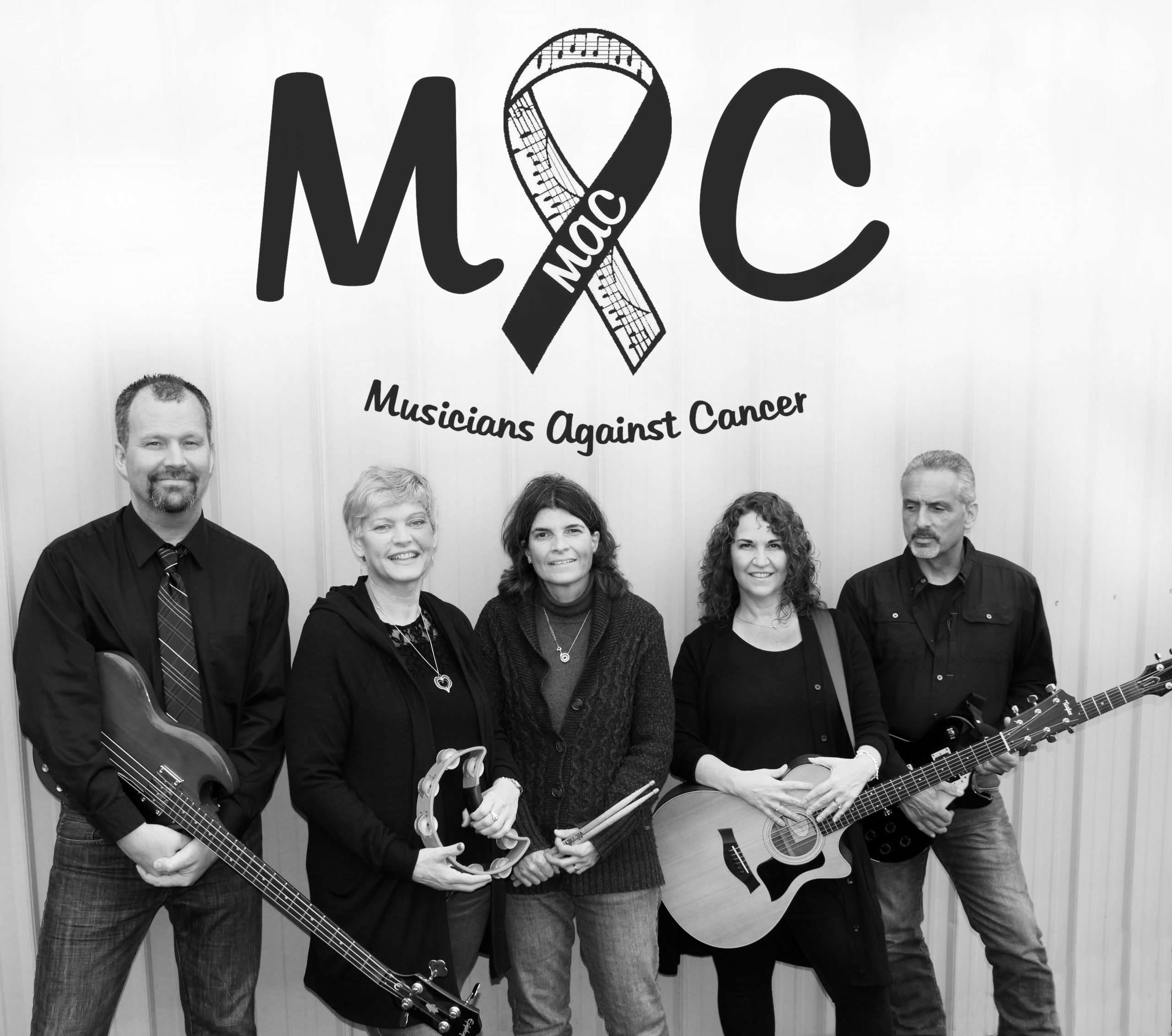 Musicians Against Cancer To Play At Celebration of Hope

If you’ve traveled through Fredonia and imagined you heard the familiar sounds of Fleetwood Mac or Little Big Town floating across the fields of one of the many local farms, you (probably) weren’t hearing things. You may have been catching some of the many popular songs covered by the Fredonia-based band Musicians Against Cancer (MAC) during one of their weekly practices.

MAC is a five-person band that covers just about everything and offer something for everyone, from classic rock to ’80s hits. On Friday, June 21, they’re traveling up to the University at Buffalo’s North Campus to bring musical entertainment to the guests of this year’s Celebration of Hope.
“We normally play for local events in the Fredonia/Dunkirk area, but when we found out about Celebration of Hope, we wanted to make a special trip to Buffalo,” says Kristin Britz, one of the band’s founding members.

MAC was formed in 2011 when founding members Kristin and John Yerico were playing for their church in Fredonia. John wanted to form a band, but in a way where they could give back to others. They brought in fellow founding member Don Hinman and over the years have added two more members.

If you haven’t already guessed it by the band’s name, the events often have a connection to cancer.  MAC performs at no cost for cancer-related events and benefits, and a portion of their gig fees for other events like festivals or picnics is used to help people in need.

MAC established a fund with the Northern Chautauqua Community Foundation to manage these donations, which are later used to provide financial assistance to families in the Dunkirk/Fredonia area who are facing the challenges that can come with a cancer diagnosis.

This past summer they gave two $500 checks to families with children battling cancer and have also helped adult patients in overcoming financial burdens. “They can use it for medical bills or whatever they want. We know they’re going through a really tough time,” Kristin explains.

All of MAC’s members have lost a loved one to cancer, and two of members are survivors themselves. Kristin saw up close how cancer affected her immediate family. Her sister Deena was diagnosed with stage IV melanoma at the age of 27. Kristin says she battled for more than six years before passing away at the age of 34, leaving behind her husband and four young children.

“I know cancer treatments have come a long way, but at the time there wasn’t much more they could offer her,” Kristin says as if wondering how things could have been different had Deena been diagnosed today. “But I do remember her and my parents saying how nice everyone was at Roswell and being so appreciative for the care she received.”

All five band members are excited to make the trip to Buffalo this summer, and the band’s leaders say it’s a special opportunity to “give back the precious gifts God has given us.” They’re all about making their performance fun and look forward to entertaining Celebration of Hope guests with a mix of country, blues, and classic and Southern rock that everyone can dance and sing along to.

“We share the same passion as all who attend – finding a cure. Together, one cause, one theme and one song at a time, we can help change the approach.