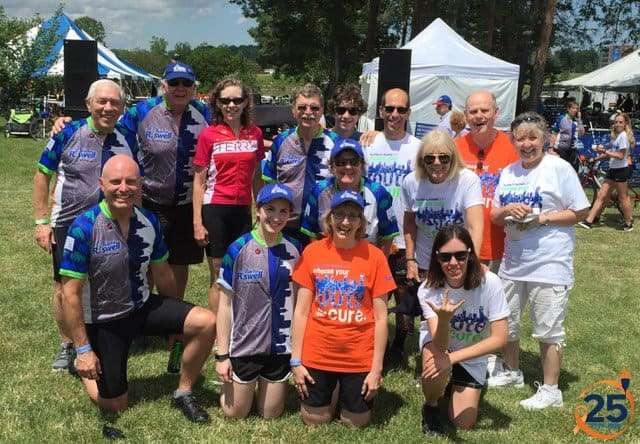 Picture this – you’re standing in the middle of Carlton Street in downtown Buffalo. You’re wearing your Extra Mile Club jersey, standing with your bike next to 200 other Western New Yorkers. You’re all on the same mission. You turn to face Roswell Park. You hold your tribute card up to the front of the hospital and think of all the patients up there who are receiving treatment. Your mind immediately goes to your friend who had surgery in that very building this morning. Your eyes tear up as it hits you, once again, that this is why you ride.

Sound at all familiar? For Bob Drajem, team captain of Fighting Irish Fighting Cancer, this was his reality at the start of the 2019 Peloton. 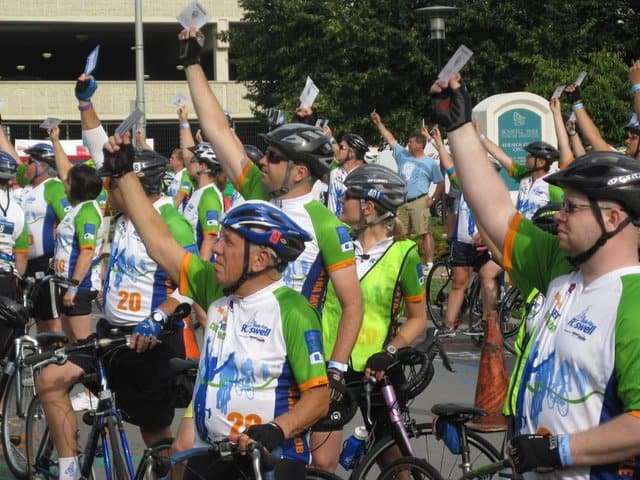 “I can’t even talk about it without tearing up,” he said.

That single moment is one of the most powerful of Ride weekend and means so much to so many, including Bob.

“It just hit home to me that here I am, riding this bike, and my buddy was up there having cancer surgery that morning.”

This constant connection to cancer is why Bob and the rest of his team ride every year. 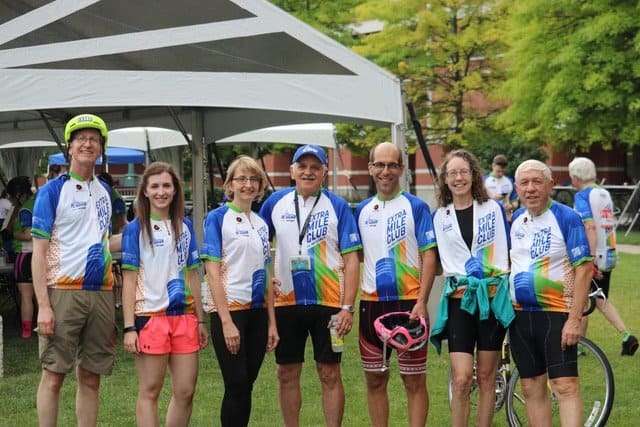 It all began in 2005. That was the first year that Bob rode, and he did it by himself. After meeting Ride Founder Mitch Flynn, Bob had decided participating in the Ride was something he had to do. He raised $585 that year. His participation and team grew from there.

The team went through several different names (Old Farts Fighting Cancer and Wheel Be There 4 U) before settling on Fighting Irish Fighting Cancer in 2010. Because many of the teams’ members and supporters are somehow related to Notre Dame, the name made sense.

But to Bob and the rest of the crew, that’s okay because they still make an incredible impact. He continues to do the ride for them and for all those affected by cancer.

“I ride because of the great teammates I have. Dave and Meg Wolinski have been part of our team from day one; the Bailey-Romanowicz family came soon thereafter, and many others for a good part of these 15 years that our team has existed.

“My wife, Linda, has been tremendously supportive over these years, and last year she became an EMC member as a virtual rider. In addition, my sons and their families have ridden despite living in Maryland and Seattle. Many others have ridden, as well. Some just once and others almost every year. They all make me proud.” 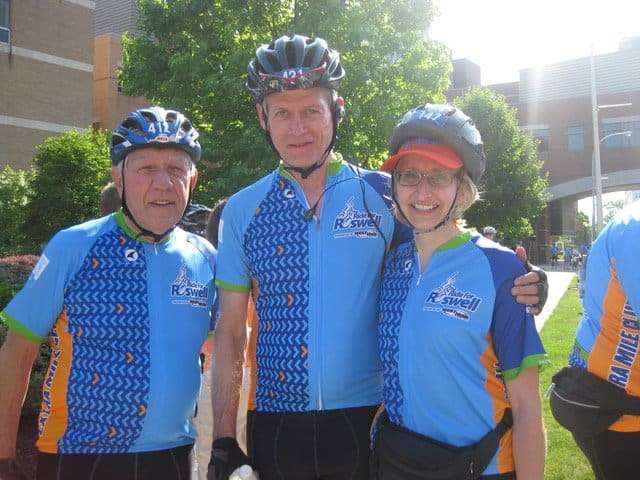 Bob especially wants to mention Lori and Jessica Runk, “both true Fighting Irish, as both are Notre Dame graduates. They have been part of our team for the last seven years.” Lori is an eight-year breast cancer survivor. In 2016, she qualified to do the Peloton but was unable to complete it, so she took the sag wagon – a support vehicle riders can hop on if they need a break from cycling – to UB, where she was able to ride into the stadium with the rest of the Peloton. “Not to be denied, Lori qualified and completed the peloton in 2018 and 2019. In addition, she was our team’s second highest fundraiser in 2019,” Bob said.

Hope for the Future 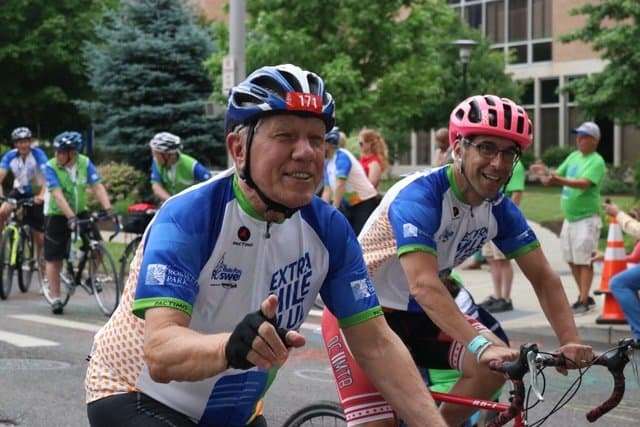 “Year after year, there’s someone new we know who has cancer, survived it or has rung the victory bell,” he said. “It’s something you do just to be a little part of some breakthrough that will take place that will end this thing. Even raising $200 could help make the difference in this fight.”

As a retired high school math teacher in the Buffalo Public Schools, Bob has found new purpose through the Ride.

“My wife and I were both teachers. Our outlook was always to do things for other people. There are many needs in our community, and this is one need that our family concentrates on.

“Doing the Ride with three generations – myself, my sons and my grandchildren – that’s something that I hope will continue over the years.”