From a Personal challenge to something so much more: Charlie's Journey with the Ride

When you ask Charlie Fashana who he participates in the Ride for, his list is, unfortunately, a very long one. He rattles off the names of friends, family and loved ones in his life who have been personally affected by cancer.

His mother, who is a survivor of uterine cancer.

His best friend’s father, who passed away from lung cancer the day before Charlie’s wedding.

A friend from Leadership Buffalo, who was five years younger than him and battling colon cancer.

A tenant in his rental property, who was diagnosed with breast cancer.

His cousin, his wife’s aunt, relatives of coworkers….the list goes on and on.

“It’s a long list and every year, I try to keep that list accurate and say who I am riding in memory of, in honor of or in support of.”

Charlie first participated in the Ride in 2012, more for a personal challenge than anything else. But, after attending that very first year and being a part of that impact, his reasons changed.

“I wanted to prove to myself and to others that I could ride 65 miles and raise $1,000. It started off that way, but then every year since the script has gotten flipped.

“Now, it has nothing to do with me. It’s all about being a part of something so much bigger and something so impactful. You can’t help but be overwhelmed with emotions [when you’re there].” 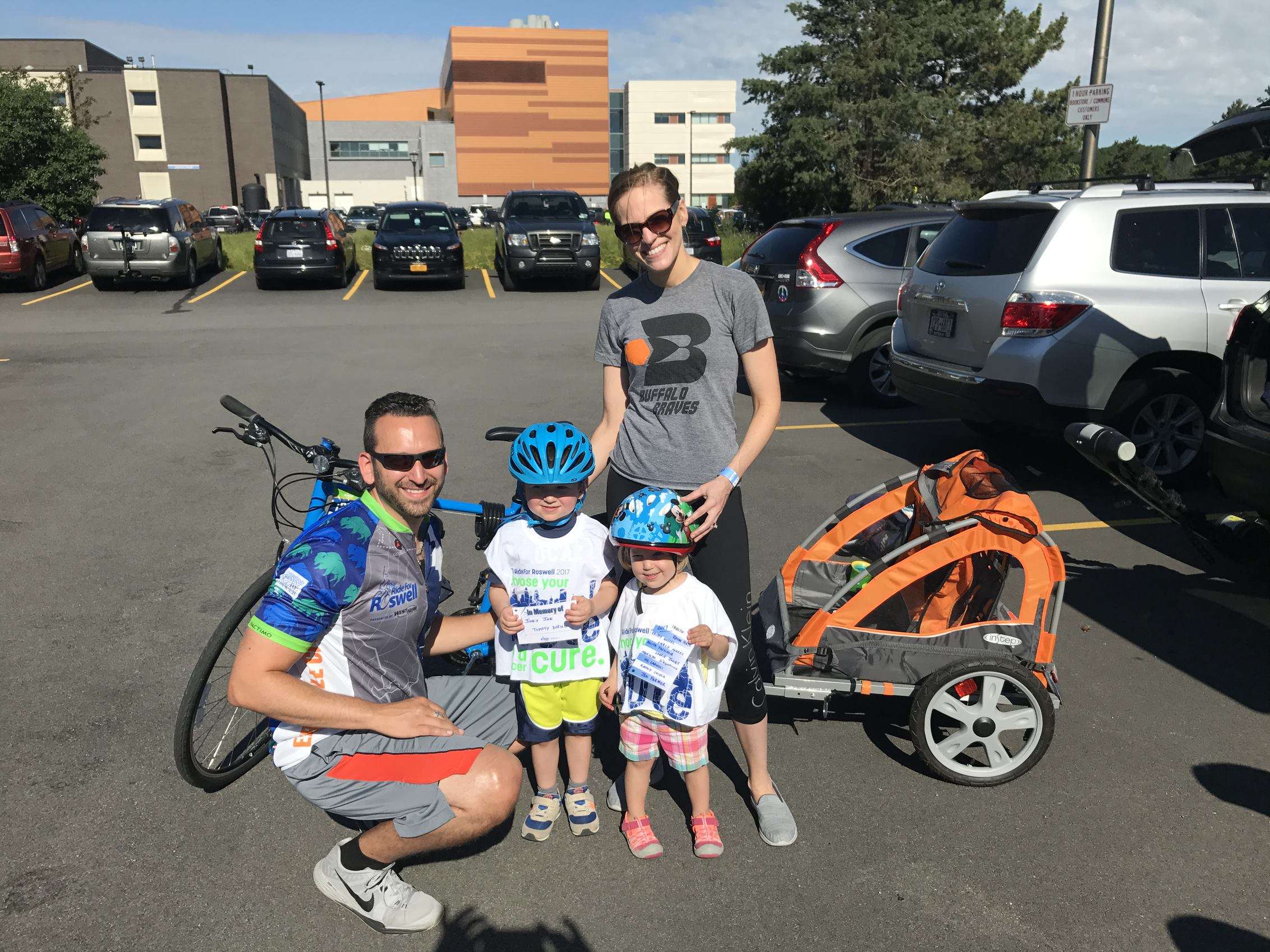 2021 will be Charlie’s 10th Ride. Throughout the years, he’s raised more than $15,000 for patients at Roswell Park and rode a variety of routes.

He’s tackled both the 65 and 45 mile routes, as well as the RosRoll and Canadian routes. He’s also rode with his kids three times. The first year, he pulled his son in his bike trailer and then again with his son and daughter the following year.

In 2020, Charlie hopped on his bike with his son riding alongside of him for the 10-mile route out at University at Buffalo. The feeling of teaching his children how to give back is something he takes very seriously.

“The charitable component isn’t going to stop with me. I now have the opportunity to raise two beautiful kids and they’ll know what this means – to be a part of it and to understand it.

“I feel really good about bringing them into this type of world and understanding that we have to give back more than we get. This is just a great way to expose them to it. It’s so much of a celebration – it’s fun for them but it will also help them learn and shape them.”