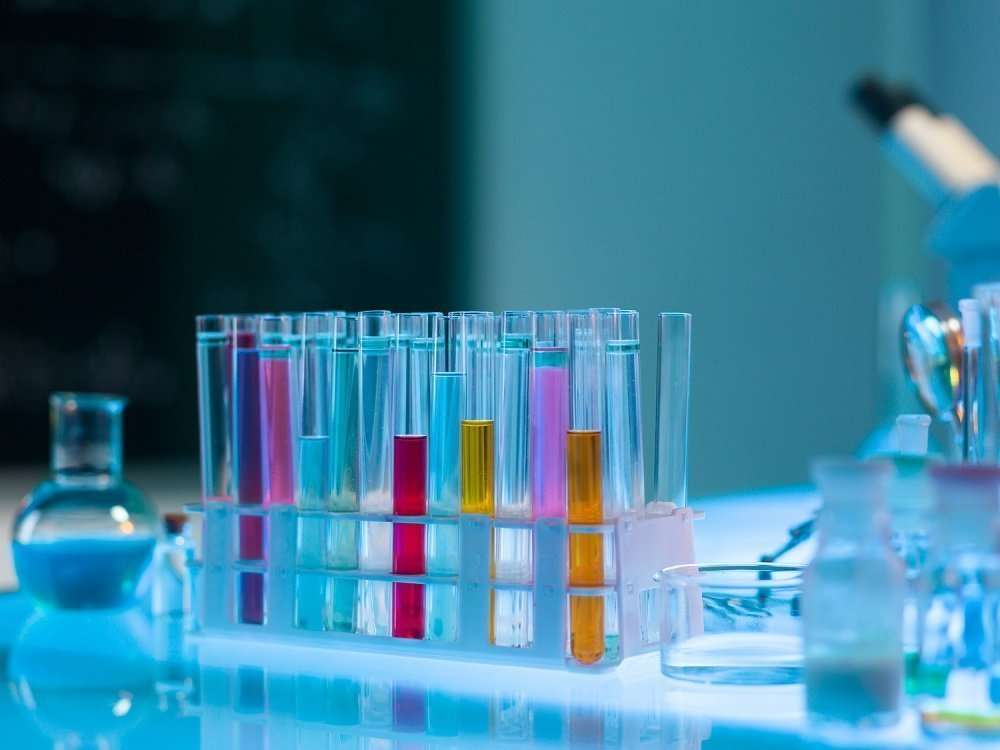 Ovarian cancer is often called the silent killer because of its nebulous, evasive symptoms. Too often it’s not discovered until advanced stages. According to the American Cancer Society, the average five-year survival rate for women with ovarian cancer is 45%. It is the eighth most common cause of death from cancer and the most fatal gynecological disease.

What the Roswell Park Comprehensive Cancer Center team learned is that familial ovarian cancer risk is greater on the father’s side of the family than on the mother’s because of a gene on the X chromosome called MAGEC3. Men have only one X chromosome. So if the one they inherit from their mother has a mutated MAGEC3 gene on it, they’ll definitely pass that mutated gene on to any daughters they have.

The team — led by Kevin Eng, PhD, Associate Professor of Oncology, and Kunle Odunsi, MD, PhD, FRCOG, FACOG, Chair of the Department of Gynecologic Oncology — was able to make this discovery thanks to a registry of information and blood samples that has been growing for more than 37 years at Roswell Park.

The Familial Ovarian Cancer Registry began collecting family information and lifestyle data from families with a history of ovarian cancer in 1981. More than 50,000 people from more than 2,600 families have contributed. It is made possible not only by financial donations but also by qualified families who share their experience with the disease.

When researchers began examining registry data on families whose information included both grandmothers and granddaughters, they found that for women with a paternal grandmother who’d had ovarian cancer, there was a 28% rate of disease occurrence, but only a 13.9% rate when it was the maternal grandmother. This highly suggests that the X chromosome was involved. Further deep sequencing of the X chromosome of registry members uncovered a previously unknown mutation in the MAGEC3 gene.

Women who have this mutated gene may also have earlier onset of the disease. And it also appears that the mutation may cause cancer in men in these families — especially prostate cancer.

Donors are also to thank for the study that arose from this data analysis. The project was one of 12 chosen for a grant from the Scientific Advisory Committee (SAC) in March 2017. SAC meets twice a year to review funding applications from Roswell Park researchers. They select those that show the most promise of making a difference in the fight against cancer. It distributes about $1.5 million during each round of submissions. 100 percent of these funds come from donations to the institution.

Dr. Eng is already getting calls from fathers concerned about what this means for their daughters. “Those are the kinds of questions we need to figure out how to answer next,” he says.

“While it’s important, it’s early days yet,” says Dr. Odunsi. “It needs to be validated in a larger population of patients from ovarian cancer families. And if the findings hold true, this actually will be very significant because of the potential to develop vaccines against this mutation and eventually thereby prevent ovarian cancer from developing in the first place in people who show the genetic mutation.” 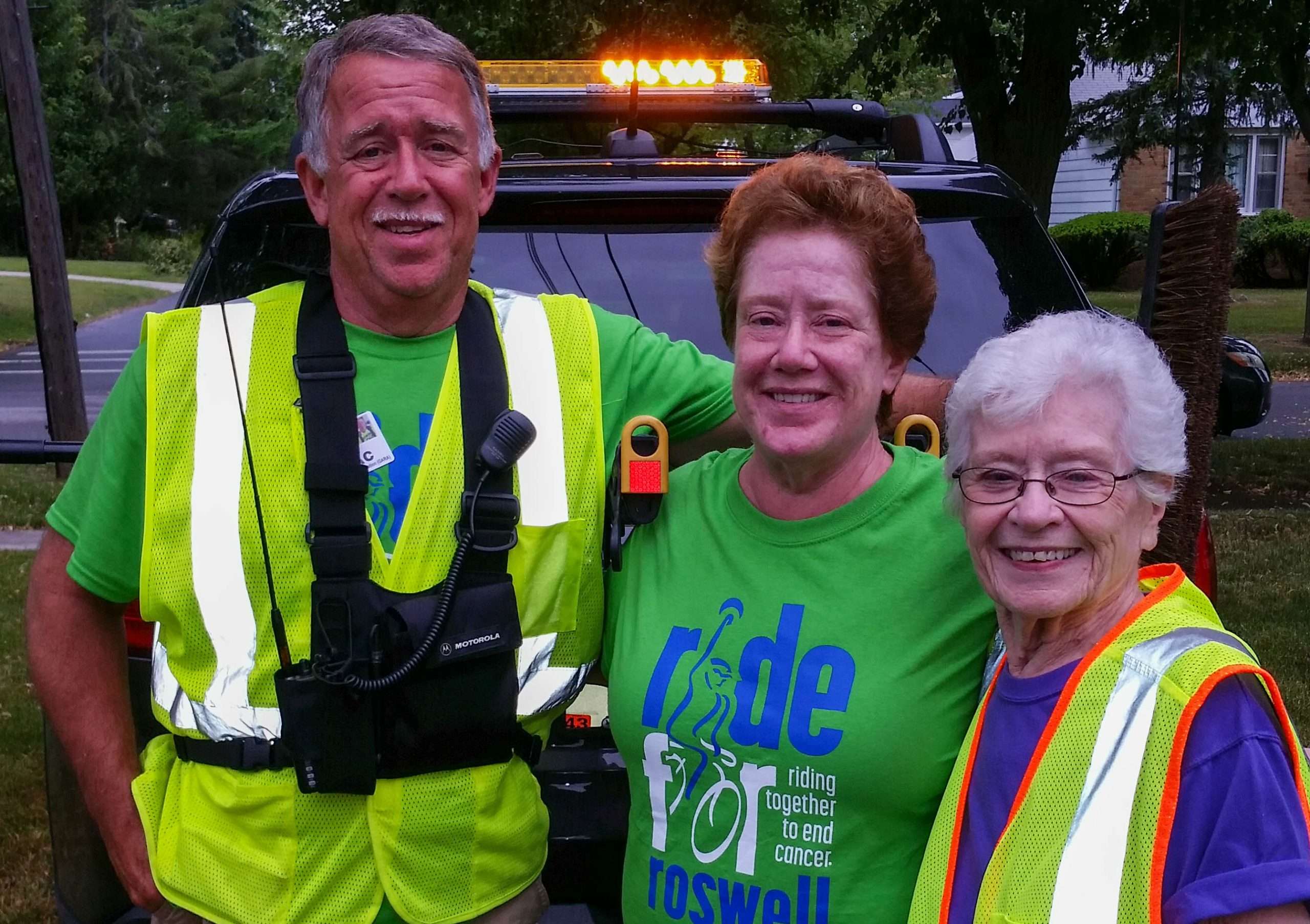 Chip Engler, his sister, Laurie, and his mother, Beatrice, make quite the team. They’re teaming up as volunteers for The 2018 Ride For Roswell. The family will be jumping into a Support and Gear (SAG) vehicle to assist riders throughout Ride Day.

Roswell Park Comprehensive Cancer Center holds a special place in the hearts of all three. Beatrice was diagnosed with breast cancer after going to Roswell Park with her sister for a breast cancer screening, which discovered a lump. Chip was 28 years old, and Laurie was 26.

Beatrice had a biopsy, which indicated cancer, and then a lumpectomy. She opted not to receive any chemotherapy or radiation, but did take the BRCA gene test in June 2008.

She’ll be 87 years old in a few months. She has Roswell Park to thank for all these years, Beatrice said.

Volunteering as a Family

She is the heart and soul of the family’s crusade against cancer, and they’re participating in this year’s Ride because of her.

For Chip, it’s his first time participating in The Ride. He gets immense joy out of giving back and helping others. He’s a veteran SAG driver, but this will be his first year driving at The Ride and he’s really looking forward to helping out any way he can.

For Laurie, while this is her first time being a volunteer, she’s no stranger to The Ride. She participated as a rider three times previously, twice on the 20-mile route and once on the 30-mile.

Both Chip and Laurie credit the care and support Beatrice received at Roswell Park with her beating breast cancer. Additionally, the results of the genetic testing allowed family members to be on high alert, stay up to date on checkups and get the testing done themselves, which is exactly what Beatrice’s granddaughter Holly did.

So if you see a SAG vehicle cruising around The Ride, it may just be the Englers.

Both Chip and Laurie are extremely happy and proud to contribute “back to Roswell because they helped my mom out,” Chip says.

Laurie says The Ride is a fun way to be a part of something that is such a huge part of the community because you see the way it takes over the news – everyone in Buffalo is aware of it. What does she hope for?

“I am hoping that one of these years we will raise enough money to end cancer,” she says.